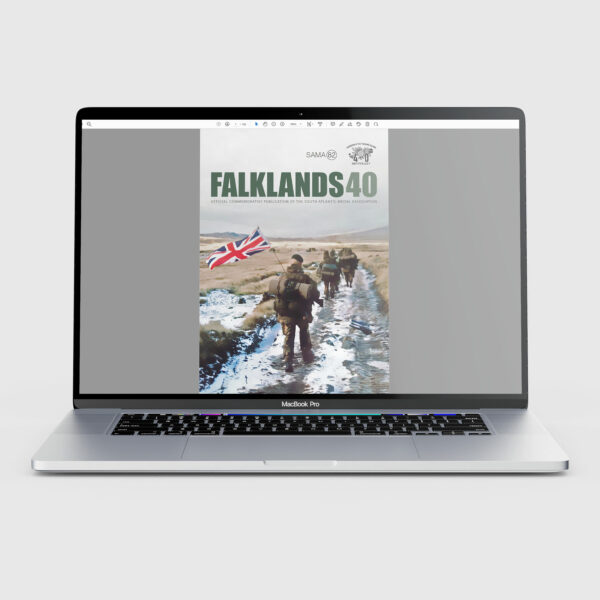 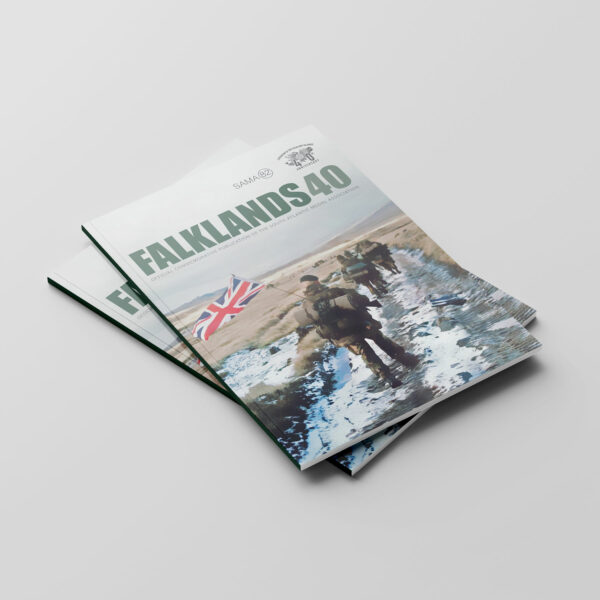 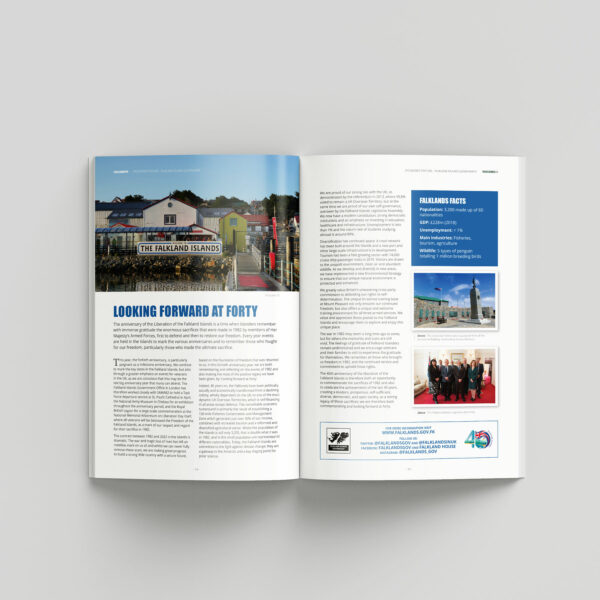 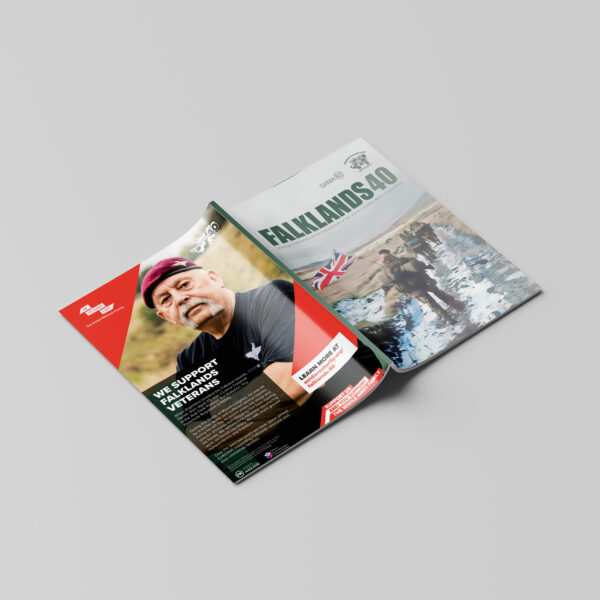 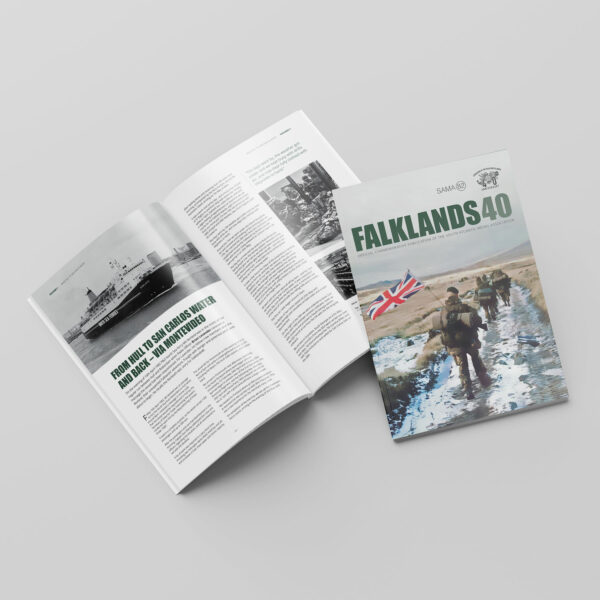 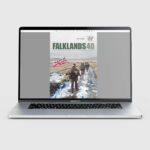 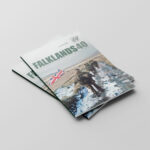 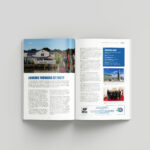 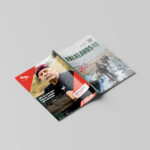 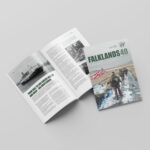 Falklands40 is the official publication of the South Atlantic Medal Association (SAMA82) – the Falklands Veterans’ association – launched in June 2022, it marks the 40th Anniversary of the Falklands Conflict. A salute to bravery and courage, Falklands40 pays tribute to the many members of the British Armed Forces, as well as their civilian colleagues, particularly in the merchant marine, who together planned and executed the liberation of the Falkland Islands – whilst also serving as a legacy narrative of abiding remembrance for 255 souls who never made it home. Introduced by leading members of the UK Government, the Government of the Falkland Islands and British Armed Forces’ leaders, the publication features a comprehensive timeline of events from Argentinian invasion to British liberation of the Islands.